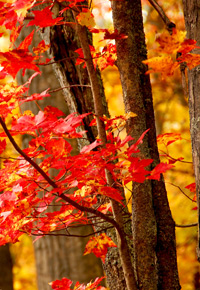 Hard maple can also be called “rock maple.” Coming from Sugar Maple and Black Maple trees, this timber’s texture is fine and consistent, and its coloring is reddish brown. The graining of hard maple is typically straight; however, birdseye, fiddleback, or curly grains are available as well and can be used for specialized applications. Maple that bears such distinctive grain patterns can be referred to as Crotch Wood, Mottled, Old Growth, Cats Paw, and Bees Wing. 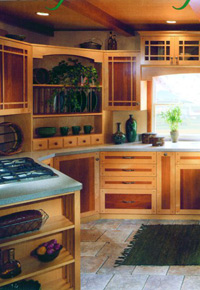 Because of its durability, hard maple is considered to be ideal for sporting surfaces and equipment from baseball bats to bowling pins and gymnasium floors. Residential uses include furniture, cabinets, and butcher’s blocks.

As a tonewood, hard maple is used for musical instruments. While mahogany is also used for instruments, its sound is not as bright as maple’s, making it the wood most commonly used for the backs, necks, and sides of stringed instruments: double basses, cellos, violas, violins, and guitars. Though maple is too heavy to be used for an entire guitar body, many guitars have maple tops or veneers. While fingerboards can be made from either maple or rosewood, those made from maple have a brighter sound. Hard maple is also used for pianos, woodwinds, and drums. 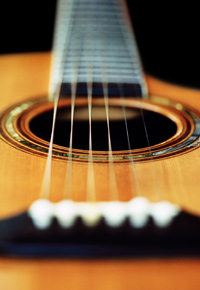 Soft maple timber comes from Silver Maple, Red Maple, and Bigleave Maple trees, most of which can be found in the Eastern United States. Soft maple lumber is used for scrapwood applications such as pallets, railroad ties, and crates.

Like hard maple, soft maple is also reddish brown, with its heartwood slightly lighter in color than its sapwood. Despite its apparent similarities, soft maple is not as heavy, hard, or strong as hard maple. It does have intermediate workability and fair resistance to splitting in nailing. For nail holding, it’s considered superior, and for resistance to splitting in screwing, it is intermediate. It’s also fair in its ease of gluing.

As you can imagine, hard maple is in greater demand than is its sister, soft maple. Competing with exotic hardwoods such as Teak and Sapele, this domestic wood remains stable within the wholesale lumber industry. While concerns—albeit generally unfounded—rage over the sustainability of the rainforests, domestic species such as maple continue to hold their own. Since nearly 66% of maple lumber is manufactured in the Mid-Atlantic and Great Lakes states, shipping costs for the most populous parts of the country are minimal.

Learn more about the lumber industry: