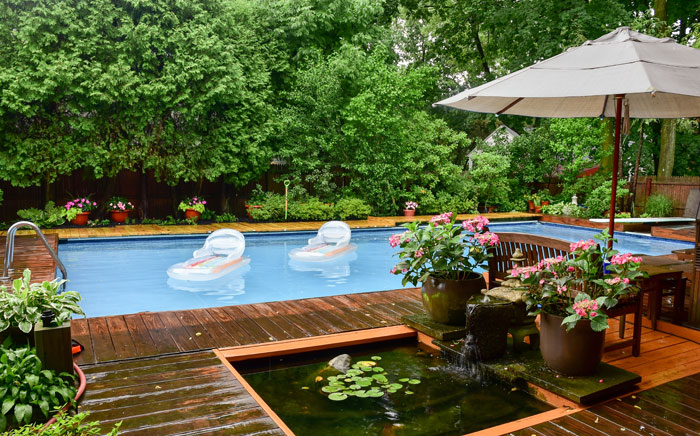 Normally, we think of a rainbow as a good thing – a symbol of hope or diversity, a lovely natural presentation in the sky. Well, those aren’t the features of rainbows that algae represents: the only thing an algae rainbow has in common with a storm cloud rainbow is that they’re both colorful. You’ve probably seen a couple of them if you’ve owned or been around pools for any length of time.

Pool algae is a nonvascular, plant-like creature with chlorophyll. While most people think of green or blue algae, there are other less appealing varieties including yellow or mustard algae and dark or black algae. (There are a few additional types of algae, such as red and brown algae, but the most prevalent are blue/green, mustard & black algae.) There is a distinct source and antidote for each form of algae. 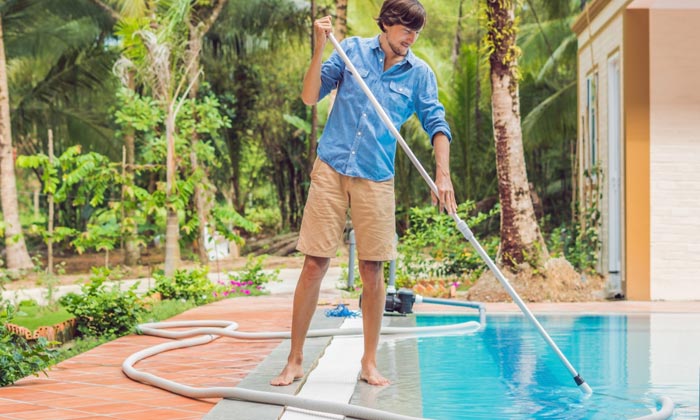 The bad news is that green or blue algae is the most prevalent type of algae seen in swimming pools. The good news is that it’s really simple to get rid of. This form of algae is caused by poor sanitation or filtration. Green algae can be observed floating freely in pool water, giving the pool an unappealing greenish tint. Green algae can cling to the pool bottom or the pool walls. It’s thankfully simple to brush off. If it appears in locations where poor circulation is a problem, a modest dose of algaecide or sanitizer will quickly and simply solve the problem. 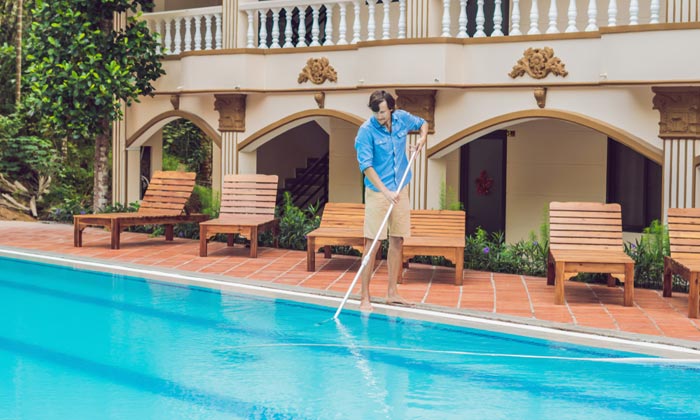 Yellow or mustard algae is significantly more picky about where it grows than green algae. Mustard algae is the second most frequent algae kind, preferring pool walls where beams from the sun do not directly hit. It’s also simple to mistake yellow algae for pollen or sand, and it’s problematically tough to eradicate. Even a standard sanitizer or algaecide won’t be enough to get rid of mustard algae. Instead, you’ll need to shock your pool with a massive dose of chlorine; if you fail to aggressively eradicate it, you’ll be dealing with yellow algae for the rest of your life. 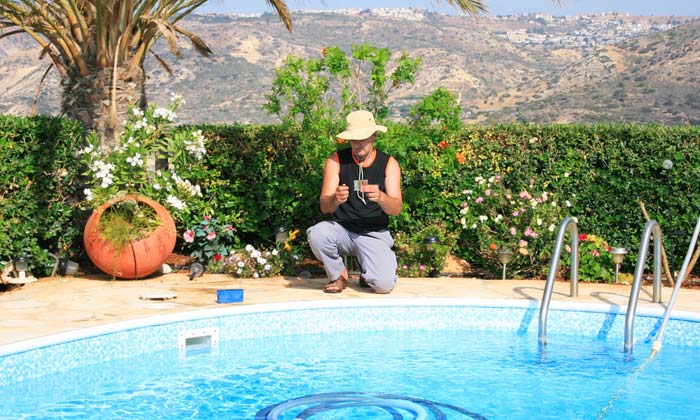 Although black algae is even more selective where it grows than yellow algae, it is also more difficult to eradicate when it does occur. It’s thankfully uncommon. When it does occur, though, it appears as little black or dark dots on the pool’s walls. While this annoying organism has a protective shell, it also has powerful roots that act as a defense mechanism. Even when you maintain your pool regularly, those roots can grow deep into the pool walls, making black algae stubbornly resistant. A heavy-duty pool brush and plenty of chlorine shock will be required.

Under normal conditions, you don’t want to observe any rainbow colors in your pool water; instead, you want crystal-clear water in which to safely swim. That involves taking precautions to avoid green algae and keeping an eye out for malicious yellow or black algae, ready to take aggressive action if either form appears. 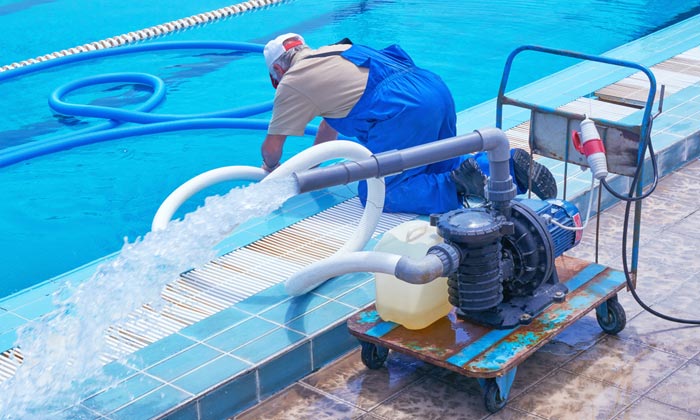 Read More
• Fabulous Pool Deck Ideas
• What to Cook in Your Outdoor Pizza Oven – Besides Pizza!

Since 1979 Lyon Financial has made the backyard resort dream come true for over 500,000 families across the U.S. Through our solid relationships with more than 3,000 pool contractors and our continued commitment to putting our clients first, we have built a reputation as the first choice in providing pool financing solutions. For more information, visit lyonfinancial.net or call (877) 754-5966 today.