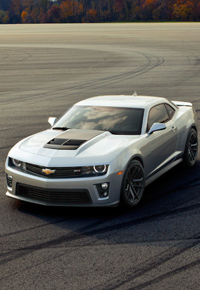 Is the ’69 Camaro Unbeatable?

The Camaro has been in the lineup for American muscle cars since the 1967 model year release in 1966. Widely known as a “pony” or “muscle” car, the Camaro was designed to challenge Ford’s Mustang, released just 2 ½ years prior. The early models shared similarities to the Pontiac Firebird, but this iconic muscle car has since broken into a new style all its own. Although new models have been met with much commendation, few models have been more well-liked than the 1969 version. The 1969 Chevy Camaro is a one of a kind car with accolades such as Official Pace Car and the only model to offer the legendary aluminum ZL1 engine.

A favorite among car enthusiasts and movie buffs alike, the 1969 Camaro almost stole the spotlight in 2012. But there is a new contender, a younger, more powerful version of the Camaro that is certain to become just as iconic as the ‘69. 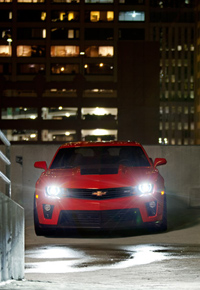 The 2012 model year release is upgraded from engine to seat design and color options. America’s favorite muscle car just keeps getting better! The increased horse power of 550 leaves the ‘69 (with a top of 400 but an expected of only 290) in the dust. This younger design impresses from the inside out, but you only have to look at its sleek exterior to know this is a king among cars.

From the impressive 20-inch wheels with subtle dark grey tones to the modern interior design that offers top quality technology, this car is as comfortable and attractive as it is powerful. Even though the 1969 Camaro is a favorite in a long line of top-notch muscle cars, the new 2012 promises to make its own impressive mark.

You can find your very own piece of American history-in-the-making at Thornton Chevrolet located in York, Harrisburg, and Lancaster areas. Thornton is Central Pennsylvania’s premier Chevy dealer, but in addition to offering new and used Chevrolets at unbeatable prices, Thornton is also home to the best service center in the area. Whether you drive a brand new Lamborghini or your grandmother’s rusty clunker, Thornton can provide you with the service your vehicle needs- from routine oil changes to complete engine rebuilds.  For more information, visit Thornton online today at tchevy.com.