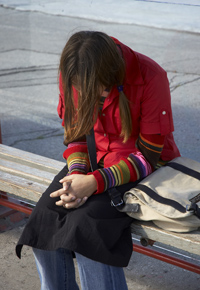 The Chilling Reality of Teen Suicide

Nothing puts a chill in a parent’s bones quite as quickly as the thought of the death of their child, specifically a self-inflicted death through suicide. Unfortunately, depression in teens sometimes leads to suicide, something that not only affects the adolescent who’s considering taking their own life, but could also ultimately lead to a huge upset in the lives of family members and friends that the teen is likely not thinking of when considering suicide. Luckily, there are many warning sides which may help to discover that a teen is considering suicide.

You may notice that a friend has started talking (sometimes obsessively) about death, including morbid topics such as violent crimes and war. A friend may make comments about killing or harming themselves and may tell you they wish they were dead. Personal or family problems may arise, or they may have just suffered a loss in the form of a job, relationship, pet, family member, or friend. 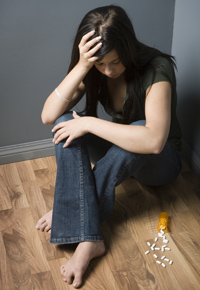 Significant negative changes involving drugs and sexual promiscuity, as well as a sudden extreme drop in grades and/or athletic performance are also things to take notice of. A friend who skips school frequently, gives away cherished or valuable items for no apparent reason, or has sudden dramatic mood swings may also be considering suicide. Victims of bullying and teasing are also at risk of depression and suicide.

If you suspect that a friend or family member is considering suicide, immediately contact an adult and help them seek assistance as soon as possible. Once suicide has taken place, there’s obviously no going back. The depression and hopelessness that are causing the suicidal thoughts, however, can be treated by professionals. So if you or someone you know is suicidal, seek help immediately.