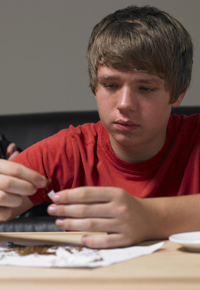 According to a 2009 survey conducted by the Center for Disease Control, underage drinking is a major problem among U.S. teens. While some parents may laugh it off, thinking that “kids will be kids,” the unfortunate consequences of underage drinking include a long list of problems a parent would never wish on his or her kids. From social, legal, and physical risks to irreversible brain damage and death by alcohol poisoning, teen drinking is no joking matter.

Perhaps you’re already convinced of the presence and dangers of underage drinking and drug use—the kind of parent who would read your teenager the riot act if you found pot in his room and wouldn’t hesitate to put a stop to beer pong game in your basement. What you might not realize, though, is that kids have some pretty dirty tricks up their sleeves sometimes, and you might not always recognize the alcohol or drugs that they bring home. For instance, would you even bat an eye at seeing your teenage daughter popping gummy bears or using bath salts? Probably not. But even such seemingly innocent products can be masking addictive tendencies. 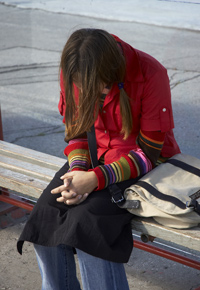 Oh, I suppose they could use gummy worms or other varieties of candy, but the danger of these tiny treats is not the sugar content. The gummy candies are put into a bowl of alcohol, usually vodka or another type of hard liquor with high alcohol content. Once the candies have soaked up the liquid, they’re ready to eat in plain view of unsuspecting adults, allowing teens to get the buzz they’re after during school, in front of parents, or even in their church youth group.

While these come in a tub just like the scented salt scrubs women use in baths, these powdered drugs can be smoked, snorted, or ingested for a high. They contain cathinone, an African plant that affects the brain’s neurotransmitters in a way similar to crack or meth. Believe it or not, they’re actually legal and can be easily found in smoke shops or even your local mini mart. Since they’re not technically manufactured with the intent of human consumption, they aren’t regulated by the FDA. Because of their non-regulated status, their drug content can vary greatly and cause unconsciousness, violent seizures, and even cerebral hemorrhaging that leads to death. Popular street names for this drug include “Hurricane Charlie, “White Lightening,” and “Ivory Wave.”

Curious about your teen’s new-found interest in gardening? Think again. So-called “plant food” is actually intended as a stimulant for humans. While it contains the same natural herbs as real plant food for flowers, it’s typically laced with other unknown drugs as well, making the danger level similar to that of “pharm parties,” in which kids allegedly dump in their take of prescription drugs they found in medicine cabinets and randomly gulp down handfuls at time.

If you suspect your teen may be at risk, find out for sure and get them the help that they need.