Since the listing of Genuine Mahogany on the CITES list of endangered species, its availability has declined while its price tag has grown. Due to concerns over Mahogany’s sustainability, many builders and furniture makers are turning to other exotic species such as African Mahogany, Sapele, and Utile. These denser woods lack the workability that Genuine Mahogany offers. Another more recent alternative that rivals Genuine Mahogany in its appeal to craftsmen is Spanish Cedar. Light but strong, this lumber had been meeting a distinct market need until its availability began to tighten. 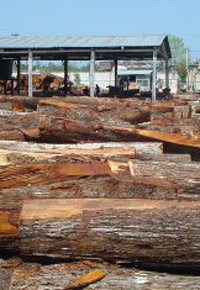 However, the Genuine Mahogany plantations on the Fiji Islands are uniquely prized. One reason is that they were started 6 decades ago, giving today’s lumber mills access to three to four generations of Genuine Mahogany in the Fiji plantations. These healthy species have grown aggressively through natural replanting. Such self-sustaining ecosystems cannot be rivaled by the artificial replanting prompted by even the most strictly enforced guidelines. 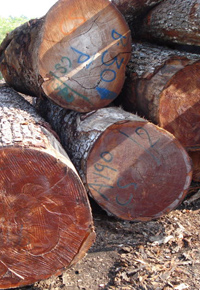 In addition to the self-sustenance inherent in these Fijian plantations, is their commitment to low-impact forestry practices and strategic thinning, which helps encourage prime lumber stock. If such responsible and careful management of these plantations continues, industry experts realistically and optimistically predict that there will be an even greater supply of plantation-grown Genuine Mahogany available from the Fiji Islands, 50 years from now.

Because of the emerging self-sustaining ecosystem, coupled with the superior forestry management, Fijian Mahogany possesses more similarities to older growth forests than it does to typical plantation-grown wood. Because of that distinction, J. Gibson McIlvain (visit website) makes an exception to our usual old-growth-only policy to make Fijian plantation-grown Genuine Mahogany available to our customers.

In an economic climate in which sustainably grown, high-quality wood is becoming less affordable, the emergence of this unique market is refreshing. Currently, the price of this plantation-grown Mahogany is neck-and-neck with Spanish Cedar, but many anticipate its decrease in price.

Read more about Mahogany on the McIlvain blog: