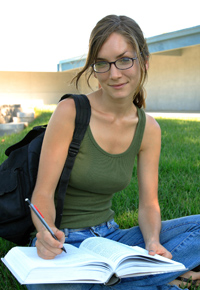 There’s nothing wrong with being nerdy. Musician Jon McLaughlin says in his song Four Years,

“The queen of the nerds and the king of the prom get a job.  Look at them now- she’s living her dreams while he sleeps with his crown.”

The song emphasizes how those who try harder in school as a teenager do live their dreams. They spend time reading their textbooks and doing their homework instead of partying, and as a result, they often succeed in life. This is not to say that those who only care about popularity and the latest fashions fail, but typically, those who are considered nerds or geeks in high school go on to better colleges and get better jobs.

As a result of being shunned by their peers, they often develop a natural ability to rely on themselves and cultivate the motivation to succeed through tough times. In the real world- in life after high school- it’s actually popular to be unpopular. Being different and unique, while often looked down upon by high schoolers, is something to aspire to in much of the adult world. 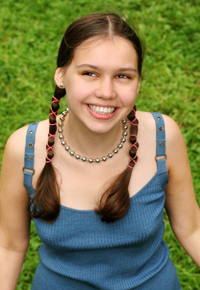 Be who you are.

Pressure to be like others and to follow a crowd can be tempting in high school. The popular clique dictates what all the “cool” kids should wear and how they should dress. They determine what parties and hang out spots are preferable, and they decide who gets in the clique and who has to remain an outsider. If these popular clique members bully others, however, do not feel at all pressured to give in to their silly games.

When so-called “cool” kids bully or demean others, it could be possible that they are dealing with jealousy issues or other personal problems. Instead of placing the blame on themselves, they hand it out to others. Their shallow and crude behavior should remind you to be proactive. Rather than letting others tell you how to live your life (your only life, mind you), be who you are. Wear the clothes you want, do the things you enjoy, and say what’s on your mind. In high school, you may be considered a nerd or loser because of your individuality, but embrace it. People will admire you for it, and high school doesn’t last forever. 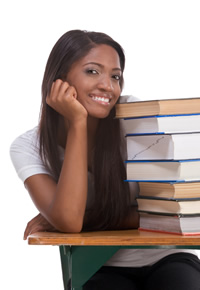 The stereotypical nerd carries around stacks and stacks of books. They constantly have their nose in a book, and they always do their schoolwork in advance. They spend their free time researching colleges or participating in the school marching band. These things may seem uncool, but try to frame the situation a little differently and you’ll see that these individuals have a strong determination and desire to succeed. They want to be involved, and they want to better themselves, the people around them, and the community.

Don’t let others rob you of who you are. Keep your inspiration!  Build your resume, and keep building accomplishments that colleges and jobs are attracted to. Do not be tempted to blindly follow the crowd because often, the ones who criticize you for trying hard will be the same individuals stuck in the same town doing the same thing for the rest of their lives. Unfortunately, many of these individuals peak in high school. But for the nerds? High school is just the beginning!

Be unique, and seize every opportunity that is available to you. Explore the world and your surroundings. Being a nerd in high school will allow you expand your mind, gain experiences, and improve your life prospects.

Always stay true to yourself and keep your own personal motivations in high school. Even if you are considered a nerd, geek, or loser, stay positive and motivated. By seeking out friends who match your personality type rather than being disappointed that you aren’t accepted by the “cool” kids, you will learn resiliency, something that’s invaluable in the real world.  And remember, one day the geeks shall inherit the earth!