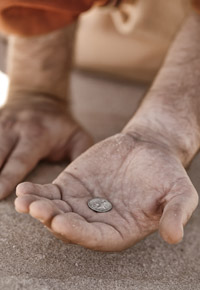 For those involved in ministry fundraising and financial management, it can be frustrating to see people living in luxury, yet unwilling to give. Like the Psalmist (73:3), we can’t focus on that kind of temporal inequity; like him, we must conclude that “it is good for me to draw near to God: I have put my trust in the Lord GOD, that I may declare all thy works” (73:28). In Philippians 4:8, Paul encourages the church to focus on blessings, rather than disappointments; if we don’t, a root of bitterness can strangle our heart for ministry.

Scripture gives accounts of many individuals who gave out of their poverty, and God chose to record those sacrificial gifts for us. Perhaps the most notable giver of the Old Testament was the Tishbite woman, who trusted God enough to offer her last bit of food to the prophet Elijah. First Kings 17 records God’s miraculous and continuous provision for her and her son, but she didn’t know the rest of that story when she decided to give. Surely, that meager meal she gave God’s servant spoke volumes of her love for God. 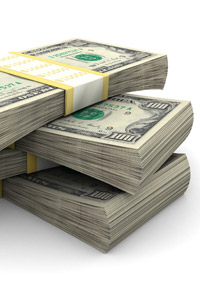 One notable giver in the New Testament stands out from many sacrificial givers with whom Jesus Christ interacted, in part because we get Christ’s commentary on her gift. The widow who gave her two mites stands out from the “many that were rich [who] cast in much” (Mark 12:41). Jesus saw beyond the numbers when he counted gifts; he told the disciples “That this poor widow hath cast more in, than all they which have cast into the treasury: For all they did cast in of their abundance; but she of her want did cast in all that she had, even all her living” (vv. 43, 44). Like the Tishbite woman, this poor widow’s gift demonstrated her whole-hearted allegiance to the Lord.

Instead of focusing on those who call themselves Christ-followers but give meagerly out of their abundance, I choose to focus on the sacrificial givers God has allowed me to know, particularly during years of Recession. I think of a man in a church I once attended who had to siphon gas out of his lawn mower into his car in order to come to church one Sunday, yet still tithed out of his unemployment check. Do you know stories like that? People like that? Maybe they’re giving their last drop of energy or a rare free moment to minister to others.