As a parent, perhaps you enjoy looking at your own youth through rose-colored glasses. If you take them off and let yourself remember the realities as well as “the good old days,” you’ll probably remember exactly what a landmark research project conducted by the University of Minnesota revealed: “Growing up—negotiating a path between independence and reliance on others—is a tough business.” 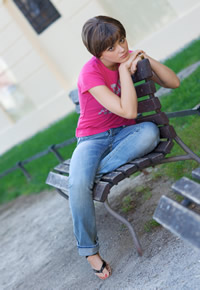 Do you remember the hard stuff? Growing up is indeed stressful, even under the most ideal circumstances such as good health, positive family relationships and friendships,  academic success, and financial stability.

According to the Minnesota study, major problems, such as serious depression and suicide attempts, tend to favor adolescents who are “people ill-equipped to cope, communicate and solve problems.” They also accompanied those with at least two life events perceived as negative within the last six months. Here are a few of the most commonly cited blemishes on the faces of their lives:

Just like adults, some teens have trouble coping with conflict and loss, whether that loss is real or perceived. Many are able to cope using positive, healthy strategies such as finding a relaxing hobby or looking to intact friendships and family relationships for support. However, others seem unable to cope well with life’s difficulties. These inherently troubled teens are different from those with ordinarily healthy coping strategies who simply get overwhelmed. 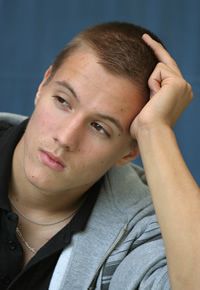 When multiple major life changes and stressors pile up, even healthy teens can lack the maturity to put them in their proper place. According to the Minnesota study, those who attempted suicide had other major events on their mind, such as these:

Even if your child normally exhibits excellent coping mechanisms and has a fabulous support system in place, when these kinds of difficulties come up, he or she may need extra support. Sometimes, that support is something you, as a parent, cannot offer. Your teen needs a good listener who isn’t personally affected by the issues at hand and won’t take offense at negative feelings.

Keep in mind that problem-solving skills don’t come naturally; they need to be taught. If your teen isn’t under major stress, it’s only a matter of time before they’ll be confronted with such opportunities for their coping skills to be tested. In the mean time, you can model such skills by talking them through how you deal with hard times. You may even want to discuss negative coping techniques you’ve used or seen used in the past, and how they have negatively affected lives. By making yourself vulnerable in this way, you can open the door to communication from your teen if or when coping becomes difficult.