Adopted teenagers will go through many of the same issues and situations that non-adopted teens do. Teens are in a constant search to find their identity and where they belong in the world. For adopted teens, they may have difficulty determining their identity because they lack knowing their past.

Although research has been conflicting, it is now believed that adopted teens do face higher risks of becoming involved with drugs and alcohol, struggling in school, issues with depression, and withdrawal from family members. Many adopted teens question why their parents gave them up. They also wonder if they weren’t good enough.

In the constant search for identity, adopted teens may begin to ask questions about their birth parents. They may question their own ethical and moral beliefs, religion, and even culture. They may begin to feel like they do not belong in their adopted family. If the adopted parents also have biological children, the adopted teen may struggle with jealousy issues. 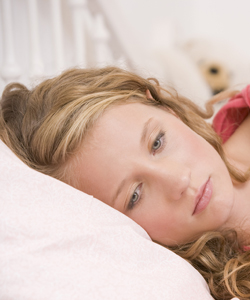 Your adopted child may be going through the normal phases of a teenager. However, they may also be facing issues relating to their adoption. If your adopted teen begins to display any of these symptoms, please consider getting them professional help:

Teens who were adopted at an older age often experienced many foster or group homes, abusive or neglectful parents, and little stability. Many adopted teens feel grief for their birth parents or their previous life. They may also feel guilty for grieving.

As a parent, you should be aware of the issues and concerns that are related to adopted teens. In most cases, adopted teens can benefit from speaking with a professional. They will be able to voice all of their concerns and often receive reassurance.

However, some teens who have experienced multiple homes and neglect, are at a higher risk. They may turn to drugs or alcohol to help cope with their past. Seeking the help of a boarding school may be the answer for your troubled teen.

Christian boarding schools offer 24 hour supervision and assistance. Your teen will benefit from open discussions with trained professionals. Their academic and extracurricular programs can help a teen focus and find himself.

Making the transition from adolescence to adulthood is often the most difficult time for teenagers. Adopted teens face even more identity questions.