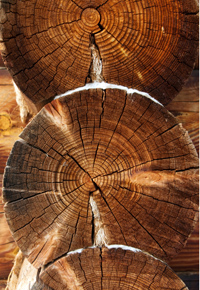 Like professionals in any industry, those working within the wholesale lumber industry need to keep up with current issues and trends affecting their legal obligations and profit margins. Among the issues facing wholesale lumber dealers, lumber importers, and exotic hardwood dealers today is the recently heightened U.S. requirements to reduce instances of illegal logging.

While prior to 2008, the U.S. lagged behind other nations in its efforts to quell illegal loggers, revisions to the century-old Lacey Act represented a pivotal change in such seeming nonchalance about the issue. The 2008 revision to the Act basically added the logging industry under its umbrella. “The U.S. has leapfrogged and taken the most significant steps toward addressing illegal logging,” said David Groves, a representative of the Environmental Investigation Agency. One of the most important points is that the law penalizes more than just those directly responsible for illegal harvesting—it also allows for the prosecution of any and all individuals or companies involved in the supply chain.

New Lacey Act provisions allow the government to seize any wood products made from illegally harvested lumber. Of course, exotic hardwood lumber has the greatest risk factor of any wood. One high-profile company repeatedly investigated for possible lumber-related Lacey Act violations has been Gibson Guitars. In late August 2011, federal agents confiscated pallets full of electronic files, guitars, and wood. The supposedly illegal importing of Indian sawn ebony logs for which Gibson has been cited represents the second seizure of Gibson guitar parts within the past two years. 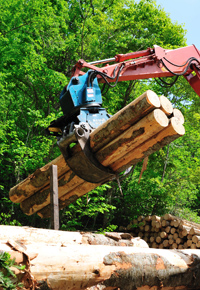 One of the issues in the current Gibson case hinges not on whether the wood was harvested legally, but on where the wood was finished. If it had been finished in India, no violation would be in question. However, because Gibson received permission from the Indian government to finish the wood outside of India and because the guitar company also has documentation to back up India’s interpretation of their own national law, Gibson will likely be allowed to continue business as usual.

In the meantime, though, the disruptions have given the company plenty of bad publicity as well as lost profits. However, there has also been public outcry against the actions by the federal agents, including comments by well-known musicians and other Gibson devotees, indicating that perhaps the SWAT-team scenario has actually worked to bolster greater company loyalty. In fact, a petition is being distributed widely via bloggers and other online venues to help Gibson be awarded justice.

If nothing else, the Gibson case provides a lesson, a painful reminder to keep up with the ironically long paper trail accompanying the supply chain of exotic hardwood. The frightening thing about the Gibson case is that the confiscated wood was fully certified by the FSC (Forestry Stewardship Council) and was completely in compliance with the originating country’s laws, as that nation interpreted its own laws.

As the Gibson case unfolds, it will set an important precedent for how the Lacey Act can be applied. Industry leaders like McIlvain Company are working hard to comply, even as the laws themselves continue to develop. If you want to learn more about trends and recent developments in the lumber industry or if you’re interested in purchasing or learning more about exotic or domestic lumber, visit McIlvain’s website today. Their 200 years of experience as a lumber importer and wholesaler means they can answer all of your questions and help keep you informed.

From the J. Gibson McIlvain blog: